Dear Editor,
We have had several people call and stop by our wineryenraged about what is happening on the property next door to ours on Highway 116 North. The land has indeed been acquired by a winery that has chosen totake out what was previously planted and put in grapevines. People are upset about various things, such as trees being torn out to put in grapes and how the land was acquired. Those people have threatened to never purchase our wines and tell others to do the same because of what they THINK we are doing with the property. It is NOT our property, nor are we in any way involved in what is taking place on that land.


Dear Independent News Editors:
Does anyone remember when “Redwood Empire” was replaced with “Wine Country”?  This was a deceptive PR move by insiders that indicate the values that are being forwarded--wine over redwoods. So when it comes to getting important news in Sonoma County on environmental or socio-economic impacts of vineyards and wineries, one has to get it from the L.A. Times, the N.Y. Times (see links below), actually any Times or news source other than the Sonoma County’s own Press Democrat.  It is not a minor story that the largest conversion of redwoods to vineyards in recent history is taking place in our Sonoma County coastal area or that most Russian River tributaries are being sucked dry by grape to wine production. The so-called media of record, the PD, is not covering these stories. Instead, the PD regularly covers stories on individual wineries’ successes and wine/food pairings, etc.

The conversion of redwoods and redwood forest watersheds to vineyards and the drying up of fish bearing streams is a travesty most reasonable people would recognize.  But it is becoming more and more apparent that the travesty includes co-option of the PD to keep the redwoods conversions and the depleting water issue from being widely known in one’s own backyard. This is itself a travesty and concerned advertisers, subscribers, and readers of the PD need to take note and respond appropriately.

BEWARE:
If your computer tells you that “a critical error has occurred, etc.” or that Windows can’t find hard disk space. Hard drive error” or (this is the one that got me) “Critical Error.. Damaged hard drive clusters defected. Private data is at risk”

THIS IS A FAKE DETECTION SCAM.

Those of us who live by our computer, are vulnerable. We had to engage professional help, pay her bill (well deserved) cancel our credit card and do all the hassle of dispute challenges..because we were convinced that our hard drive had been jeopardized.

Not being a computer person, I didn’t realize that there is NO REASON to give out your credit card information to Windows XP Repair. Thank goodness we have IT people, like Jade Patterson, who can purge our computers of this evil intrusion. When I called my credit card company, they acknowledged that the charge came from overseas (Bosnia is what I discerned..) and it was up to me to go to all the effort to dispute the charge. The phony service re-arranged all my icons; messed with my files, and generally raised havoc (and cost me a good bit..)
Joan Poulos
Bodega Bay
---------------------------------------

Dear Friends,
In a testament to the generosity of Sonoma County residents, the First Annual United Way Children’s Book Drive netted 5,118 books for needy kids and teens! This is the start of a beautiful partnership between the Free Bookmobile and United Way of the Wine Country, and a tremendous first result considering that the original goal was 1,000 books.
For all who put together donations from their family shelves, for all the Exchange Bank and JDSU staff who hosted the collection bins, and especially for the amazing United Way staff, we want to say a big heartfelt “Thank You”.

The books come at the perfect time.  Our direct outreach to low-income children’s programs really took flight beginning in July, as we served hundreds of toddlers, teens, and in-betweens at sites such as the 4Cs Child Development Centers, Boys & Girls Clubs, City of Santa Rosa Summer Recreation, and Redwood Empire Food Bank Summer Lunch.
Many of these youth have few, if any, books in their homes. But when they see the high quality titles they can choose on board the Free Bookmobile, their eyes light up. “It’s better than ice cream in their minds,” said one happy mom. We are helping shift the culture with enhanced access to knowledge!

Our expanded schedule has also brought additional volunteer opportunities. We are blessed with a great group of helpers (including the King Family, featured in the Press Democrat) and now have openings for assistants at the west Sebastopol book storage site. If you or someone you know would like to sort books and restock the ‘mobile, please reply to this email or visit the “Help Us!” page on our website.

Dear Vesta and Gazette Readers,
The sun is out so readers probably won’t be thinking about flood insurance until winter approaches and the rains begin. But, since flood insurance is required year round, I thought I’d update readers on current legislation that will have a significant impact on our community. The current flood insurance program expires on September 30th and congress is currently debating what the future of flood insurance should look like. Readers need to take action now and let their Senators and Representative know that we need the National Flood Insurance Program reauthorized and refunded.

The NFIP (National Flood insurance Program) expired two times in 2010, which caused escrow closings to be held up, lapses in coverage, and lots of speculation about the continuation of the program. In an area like ours, the ability to obtain flood insurance is critical.

Current legislation being considered to reform the NFIP program might:
Require property owners whose policies lapse for lack of payment to pay actuarially sound rates to restart coverage- that means big increases!
Automatically adjust rates for inflation (no congressional vote required)
Provide loss of use and loss of income coverage (never before offered through NFIP)
Raise rates between 10-20% annually (that an average of approx. $120 to $240 per policy)

Property and business owners need to be aware of these potential changes and plan accordingly. There are several things you can do to mitigate your potential for flood loss, and reduce your flood insurance costs.

Dear Vesta,
I just wanted to bring you and your readers up to date on exciting events taking place in the Sheephouse Creek watershed.

Over the last year, the Sotoyome Resource Conservation District (SRCD) has been conducting a survey of the rural roads associated with past timber activities in this watershed to identify sources of excessive sediment. The overall goal is to reduce sediment delivery and improve water quality for salmon and steelhead restoration. When I last spoke with Andy Casarez, the project manager for SRCD, he had met with CA Department of Fish and Game officials to review and explain his findings in the hope to receive grant funding which would allow much needed improvements. 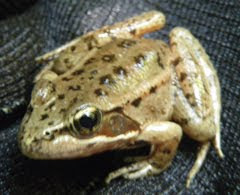 Efforts to restore our watersheds seem to be making an impact today. Regulatory agencies such as Cal Fire must consider individual plans for logging and timberland conversions to vineyards in the context of the larger forest and planning watershed in which they are located, so that biological diversity and watershed integrity are maintained and adverse cumulative impacts are reduced or eliminated. Continued exploitation of the resources in the watersheds of the Russian River basin will cause the most problems for native biodiversity and a moratorium should be enforced for them. The plant and animal species which have become threatened or endangered because of man’s activities need to be given a chance to recover.
Thank you,
Mike Keller
…on behalf of the “Friends of Sheephouse Creek”
------------------------------------------------

In his letter defending the police Mayor Ernesto Oliveres doesn’t mention the “brotherhood” that exists in law enforcement culture. That usually comes out during stressful situations like the many unnessary officer involved killings of civilians across the country. Our community has seen a lot of those over the years and like clock work the “blue wall of silence” comes up. I’ve been part of local groups monitoring these killings since the mid ‘90s and in not one case was there ever a public admission that any law officer was wrong or trigger happy even when the courts later disagreed.

Using “safety” as an excuse to indoctrinate our children is a specious argument. It’s the way to go if you want to further a macho gang mentality caused by racism and inequality. The harder path is creating a more just society but that won’t happen by showing off your guns and power to impress. If you really want to start a dialogue with our children then start by breaking your silence the next time one of your comrades takes an innocent life. Now, that would be impressive.
Mary Moore,
Camp Meeker
---------------------------------------------

Mayor Ernesto Olivaros as you may remember is a former police officer and is protecting his own. If an ordinary citizen who had lawfully registered a semi automatic “assault” weapon allowed someone under the age of 18 to handle such a gun without the child’s parents giving written permission, the gunowner could be charged with a felony under California law. Why then can a police officer get away with letting a person under the age of 18 handle a selective fire weapon which is capable of either fully automatic fire or semi-autmatic fire without such parental release?

In a similar vein, several years ago the police in Santa Rosa arrested Food, Not Bombs several times for serving hot food to the homeless in a city park yet refused to cite the Sonoma County Law Enforcement Chaplaincy program when it did the same thing without the required permits to insure the safety of prepared food. Double standards all around
.
There needs to be a California Public Records Act request made of the City of Santa Rosa (and all other Sonoma jurisdictions) to find out just what weapons these government entities own and where they are acquiring them.
Irv Sutley
-------------------------------------------

Help Community Market!
Does the opening of ‘Sprouts Farmers Market’ warrant an amendment to our city’s general plan?

Update: 7-27-2011
First, we would like to thank our customers for supporting us in our efforts to fight Sprout’s Farmers Market. Community Market exists to serve you and we are pleased that you return that enthusiasm and commitment. We will need your continued support in the next few months as this fight has only just begun.

Finally after months of waiting, organizing, and diligent participation the Planning commission voted on the amendment to change the zoning status of the Mendocino/Bicentennial marketplace. It was a divided vote; 4-3 in favor of the amendment change. Now, we know this seems like a loss but this is only the very beginning of a long process. This is simply a vote to recommend to the City Council an amendment to the General Plan.

We will have the opportunity to address our issues and concerns at that City Council meeting. The next step is to continue gathering supportive businesses and individuals to join us at that meeting, and meetings in the future. If this general Plan amendment is approved by the City Council, Sprouts will have to submit a formal design plan for approval. This will be another opportunity to share our concerns and vision for our city. Please be patient and continue to check our website for upcoming meeting dates/times and what you can do to help. Thank you for your continued support.
You can follow our progress at our web site: http://srcommunitymarket.com/fightsprouts.html