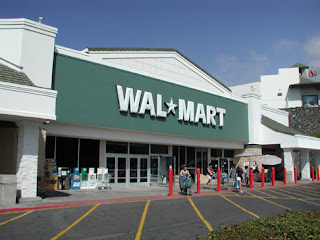 Battle Against Sprawl
Costs Outweigh Benefits
By Martin J. Bennett
Rohnert Park is now the epicenter for the battle against sprawl and big box development in the North Bay.

In April, the Rohnert Park Planning Commission unanimously denied the proposal by Wal-Mart to enlarge its existing discount store into a 167,000 square- foot supercenter. Wal-Mart appealed the decision to the city council and in July the council, after more than five hours of public comment, voted to approve the project. Council member Jake Mackenzie was the lone dissenting vote.

A broad coalition of labor, environmental, and community organizations from across the county organized a grassroots campaign against the supercenter. This year-long effort included canvassing most households in the city, tabling at local supermarkets, and phone banking city residents. Hundreds of opponents packed both the planning and city council meetings, and the coalition delivered more than 4000 signatures to the city council from residents opposed to the project. Following the city council vote, Sonoma County Conservation Action and the Sierra Club filed a lawsuit challenging the approval of the EIR and the project.

The coalition is continuing to make the case to the community that the costs of the project far outweigh the benefits.

Impacts are Regional
The economic and environmental impacts of the proposed supercenter are regional and extend beyond the City of Rohnert Park. The controversy raises fundamental questions about future growth and the necessity for proactive city and regional planning to promote equitable and sustainable development.

Development in Sonoma County is inevitable. According to the Association of Bay Area Governments (ABAG), the population of Sonoma County will increase by twenty-three percent over the next twenty years. In 2008, voters approved a landmark initiative to meet this challenge, creating the two-county SMART train that will run on tracks adjacent to Highway 101 from Cloverdale to Larkspur. The build-out of the train system provides the opportunity for city-centered ‘transit-oriented development’ (TOD) around the fourteen SMART train stations--development that could accommodate ninety percent of the projected population growth.

Transit-oriented development is densely-built, mixed-use development within one-half mile of transit stations, accessible by bicycle and foot, and with a variety of retail, office, and small businesses. Through land-use planning and public funding, municipalities can promote development near transit stations that includes good jobs paying family-supporting wages, affordable housing for all income groups, open space, and walkable neighborhoods. The proposed Wal-Mart supercenter located a quarter of a mile from the site of the planned Rohnert Park SMART train station is a direct threat to such careful and appropriate planning.

Working Poor
Nearly one third of the workforce in Sonoma County are currently ‘working poor’ and do not earn a self-sufficiency, or ‘living wage.’ According to the Insight Center for Community and Economic Development in 2008, two parents working full-time to support two children in Sonoma County must each earn $14.90 an hour or $62,940 a year to pay for food, housing, medical care, child care, and transportation.

Sonoma State University economist Robert Eyler reports that the supercenter will contribute to job quality decline and increase the problem of working poverty. According to his analysis, the county will lose 105-211 jobs--mostly good jobs that pay hourly wages for full-time workers ranging from $17.67 per hour at Pacific Market, a local independent grocer, to $23.36 at Raley’s and Safeway. The Wal-Mart supercenter will employ 450 workers, and, according to the company, the typical full-time worker at Wal-Mart earns $12.10 an hour.

Traffic Impacts
With regard to global warming, the supercenter will have adverse effects on air quality and greenhouse gas emissions. In order to comply with AB 32, a 2006 state legislative measure, all nine cities and the county have pledged to reduce greenhouse gas emissions twenty-five percent by 2015. However, the Eyler report notes that Pacific Market will close if the supercenter is built, and its 8,000 customers will drive an extra 28,400 miles each week to shop for groceries.

Further, Stacy Mitchell, author of Big Box Swindle, reports that vehicle miles driven per customer will increase because a supercenter draws shoppers from a greater distance than a discount store. Indeed, since Wal-Mart’s rapid expansion in the late 1970s, miles traveled per household to shop has skyrocketed by three hundred percent, while total household driving increased by seventy- five percent.

Local vs. National Suppliers
As for local business, there are sixty local suppliers that provide produce and merchandise to Pacific Market, and more than seventy supply Oliver’s, the largest grocery in nearby Cotati. Wal-Mart suppliers, on the other hand, are nearly 100 percent national and global irms (and that means increased truck traffic into the county).

Equitable Development
The Wal-Mart supercenter will undermine transit-oriented and equitable development in the North Bay. To accommodate population growth and to promote sustainable development, all cities along the 101 corridor in Marin and Sonoma counties must prioritize the creation of good jobs and affordable housing near SMART train stations.

A favorable outcome of the lawsuit could force the City of Rohnert Park to revisit the decision to approve the Wal-Mart expansion. Two planning commissioners who voted against the Wal-Mart expansion, John Borba and Amy Ahanotu, werecandidates for the city council this fall. The battle to halt the supercenter is far from over.

Martin J. Bennett teaches American history at Santa Rosa Junior College, serves as Co-Chair of the Living Wage Coalition of Sonoma County and is on the board of Sonoma County Conservation Action. For more information about the Wal-Mart superstore campaign go to: http://www.livingwagesonoma.org.