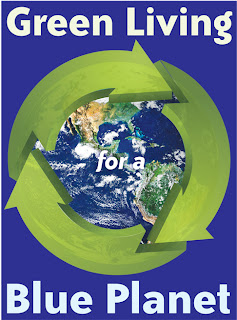 How Green is your Green?
by Fred Krueger

In 2002 all nine of Sonoma County’s cities pledged to participate in a campaign to reduce greenhouse gas levels and become leaders in climate protection.

Several years later a climate master plan was developed by civic and local government leaders. They said that it was no longer okay to continue life as usual. Climate change was serious. We had to change our habitual patterns of living. We had to make the transition from being champion consumers to champion conservers

If we failed in this task, they wrote, a series of disasters would befall us. They cited World Bank data which showed “melting glaciers and rising sea levels could displace 200 million people; 40 percent of remaining species could be extinct by 2050. The cost to adapt to this changing world would reach as much as 5 to 20 percent of world GDP.” With this as background they added that if we take early and aggressive action now, we might minimize the worst effects of climate change to perhaps 1 percent of world GDP, and in the process create millions of new jobs.

Subsequent authoritative science reports unfortunately affirm this data. If anything the authors of this 2008 Community Climate Plan understated the severity of the challenge and the difficulty of the tasks facing society.

While this is becoming clear to many citizens, a virulent anti-science mentality has developed among the so-called Tea Party supporters. They contest the very existence of human-caused climate change. Analysis by journalist Naomi Klein probes the roots of these climate deniers’ thinking. Underneath their denial, she finds a series of intentional economic calculations. She observes that while the science is becoming clearer than ever, and while we have just ended the hottest decade on record, we’re seeing a remarkable drop in the number of people who acknowledge climate change as a serious issue.


Several forces are simultaneously at work, she says. On the surface, this is an identity issue, at least for those on the political right. People are defining themselves, or being encouraged to define themselves, by whether or not they believe that climate change is anthropogenic, i.e., caused by human action. On a deeper level, the issue is economic. The problem is not a lack of understanding of science. It is just the opposite. Naomi finds that climate change represents a profound threat to many of the things that right-wing ideologues hold dear. Climate change, if we are serious about slowing it, upends free trade suppositions, because it implies a need to localize our economies. Globalization and free trade are major elements of the far right corporate agenda. This would end because we would have to address the issue of inequality. We would also need to subsidize the global South because the climate crisis has been born in the industrial North, but is most acutely impacting the global South.

The list of implications goes on. Corporations would have to be regulated because stronger controls over the economy would require more intense levels of intervention in commerce. Renewable energy would have to be subsidized to break the grip of fossil fuels. This would further clash with their free market ideology. A stronger United Nations with enforcement authority over binding agreements would be necessary as no nation can fight climate change alone. In other words, it is far easier to deny the science of climate change than to deny their ideological agenda. What is at stake is the entire corporate worldview. Climate change also implies a renunciation of consumerism. It forces a more frugal and thoughtful and sustainable mode of living.

It is not just those on the right who are in denial. Green groups are also culpable in that they propose timid tiny steps when our whole cultural outlook is under indictment by the implications of climate change. Some green groups suggest that we might be able to continue with some form of “green capitalism,” and that we merely need to change few light bulbs and everything will be alright. Anyone who says this does not have a comprehensive view of the implications of what our society is facing. Climate change will change our whole way of life and we need to begin by examining our own lives.

Food, for instance, that is grown locally requires only one-tenth of the energy as imported food. In other words, “good bye bananas, hello apples.”

If someone genuinely wants to be part of the solution to this problem, instead of merely thinking about lowering one’s carbon footprint, we ought to be thinking about zeroing out that footprint entirely. We can do this by planting trees.

Some data is necessary here. Each year the average American produces between 12 and 18 tons of carbon dioxide, maybe 20 for those who travel a lot. This is calculated by taking the gross total of all U.S. CO2 emissions and dividing by 310 million citizens.

However each tree sequesters about a ton and a half of CO2 over thirty years. This means that if each person can plant a dozen trees per year and guarantee that they will remain for at least three decades, just by this one action you reduce your carbon footprint balance to zero. Of course one should also make the lifestyle changes that reduce impact on our earth. Without this we cannot leave a liveable world to the next generations that will follow us.