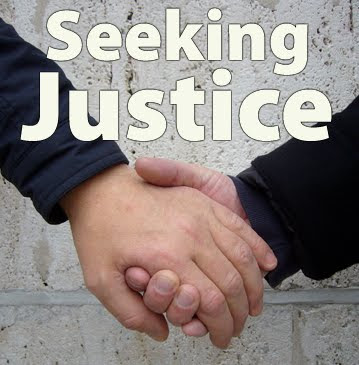 UPDATE: As news of this spread, so did additional information on the case. Apparently the reason for separation was abuse - in this case, elder abuse. Sonoma County has strong legislation and programs in place to protect and defend our elders. As time goes on and more information is available - we'll keep you updated. Today's Press Democrat has the latest story: - and a statement from Sonoma County Cousel...


The following is a statement just received from County Counsel regarding the Harold Scull and Clay Greene matter involving the Sonoma County Public Guardian’s Office:

We appreciate the concern that has been expressed by the comments received and know that when the full facts are able to be revealed there will be a better understanding. It is the policy of this department not to disclose confidential matters concerning clients assisted by the agencies operating under its direction. This is consistent with federal and state privacy laws.

What can be legally shared at this point is as follows: The Sonoma County Public Guardian became involved in this matter as a result of a report from Harold Scull that Clay Greene had physically assaulted him, resulting in Mr. Scull's hospitalization. Mr. Greene's domestic violence against Mr. Scull has been independently verified during the course of litigation, including reports of witnesses who tended to Mr. Scull following his hospitalization.

Recent online commentary reflects a distorted presentation of the underlying facts. The County is confident that when the full facts can be discussed they will show the individuals involved received appropriate services. More importantly, we are confident that the facts will show that the services received by Mr. Scull and Mr. Greene reflect the ongoing commitment to protect vulnerable citizens from harm and that no issues of discrimination were present.

Unfortunately, it appears the Plaintiffs are trying to litigate this case through the internet and the press – trying to spin the case as one of insensitivity towards people who happen to be gay by County Staff. In fact, this case is really about domestic violence and the statutory obligation the County has to protect vulnerable individuals from abuse and harm.

The heart of this case is protecting an elder victim of domestic violence. That’s why the Public Guardian’s Office took the actions it did. The County has a long history of taking a strong stand against domestic violence no matter who is the victim.

Clay and his partner of 20 years, Harold, lived in California. Clay and Harold made diligent efforts to protect their legal rights, and had their legal paperwork in place—wills, powers of attorney, and medical directives, all naming each other. Harold was 88 years old and in frail medical condition, but still living at home with Clay, 77, who was in good health.

One evening, Harold fell down the front steps of their home and was taken to the hospital. Based on their medical directives alone, Clay should have been consulted in Harold’s care from the first moment. Tragically, county and health care workers instead refused to allow Clay to see Harold in the hospital. The county then ultimately went one step further by isolating the couple from each other, placing the men in separate nursing homes.

Ignoring Clay’s significant role in Harold’s life, the county continued to treat Harold like he had no family and went to court seeking the power to make financial decisions on his behalf. Outrageously, the county represented to the judge that Clay was merely Harold’s “roommate.” The court denied their efforts, but did grant the county limited access to one of Harold’s bank accounts to pay for his care.

What happened next is even more chilling: without authority, without determining the value of Clay and Harold’s possessions accumulated over the course of their 20 years together or making any effort to determine which items belonged to whom, the county took everything Harold and Clay owned and auctioned off all of their belongings. Adding further insult to grave injury, the county removed Clay from his home and confined him to a nursing home against his will. The county workers then terminated Clay and Harold's lease and surrendered the home they had shared for many years to the landlord.

Three months after he was hospitalized, Harold died in the nursing home. Because of the county’s actions, Clay missed the final months he should have had with his partner of 20 years. Compounding this tragedy, Clay has literally nothing left of the home he had shared with Harold or the life he was living up until the day that Harold fell, because he has been unable to recover any of his property. The only memento Clay has is a photo album that Harold painstakingly put together for Clay during the last three months of his life.

With the help of a dedicated and persistent court-appointed attorney, Anne Dennis of Santa Rosa, Clay was finally released from the nursing home. Ms. Dennis, along with Stephen O'Neill and Margaret Flynn of Tarkington, O'Neill, Barrack & Chong, now represent Clay in a lawsuit against the county, the auction company, and the nursing home, with technical assistance from NCLR. A trial date has been set for July 16, 2010 in the Superior Court for the County of Sonoma.

To follow the progress of this case - go to: www.nclrights.org