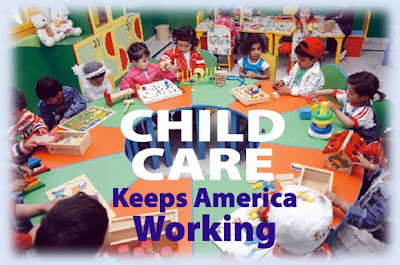 In response to the Governor’s Budget May Revision 2010-11 which proposes an unprecedented $2.3 billion combined elimination of CalWORKS and General Fund support for California’s neediest children and families ($1.1 billion CalWORKS and $1.2 billion General Fund), child care and early care and education advocates launched the “Campaign to Save Child Care!” in opposition to the cuts. More than 200 campaign supporters including parents, providers, directors, teachers, resource and referral programs, alternative payment providers, local planning councils, and organizations committed to quality, accessible, affordable child care will attend the Joint Assembly Budget Subcommittee #1 and #2 hearing to demonstrate their united opposition to the dismantling of California’s child care system.


Although his proposals exempt the state’s part-day preschool and ASES afterschool programs, the overall proposal will destroy California’s long-established system of child care services that support the dual goals of helping parents earn and children learn. Since the end of WWII, California has recognized the value and importance of providing child care services to working families and their children. Our 68-year-old system has evolved to provide care to young children in a variety of settings – home and center based – that meet the needs of our diverse working families.

The proposed massive elimination of child care services will result not only in lost employment for low income working parents and their child care teachers and providers, but also in endangered child safety and lost learning opportunities for the 200,000 young children4 who would be jerked from their child care programs beginning July 1, 2010. Brain research demonstrates that early education experiences – from birth to age five – are critical in determining whether a child’s brain develops a proper foundation for learning and success in school and later life. Eliminating child care and early learning opportunities literally imperils our children’s capacity for learning.

Campaign Coordinator, Patty Siegel, of the California Child Care Resource and Referral Network, stated, “Rome was not built in a day, nor was our child care system. Our centers and home- based providers – the foundation of our system – cannot put their programs on pause while we wait for California’s economy to pick up. This radical budget surgery will result in the permanent loss of child care facilities, teachers and staff throughout the state, leaving California even less prepared for the economic rebound forecasted for the not-so-distant future.”

The threat to dismantle the entire child care system is not only outrageous in its scope but irresponsible, leaving the child care field in limbo. This kind of anxiety pulsing throughout the state will result in hiring freezes, staff layoffs, and frozen enrollment beginning in the next few weeks. Employment opportunities for parents will be jeopardized without the guarantee of subsidized child care, creating further economic insecurity in the state. Equally devastating, California’s youngest children will lose access to our highest quality child care programs.

Campaign support has grown to 50 organizations and is expected to reach more than 300 by the end of the week. They stand united in their opposition to this wholesale dismantling of California’s child care system. The proposal cannot become a negotiation tool for accepting the Governor’s January budget proposals. Beginning today, campaign supporters will document and share the impact of this proposal on children, parents, providers and the communities they serve, and bring it to the immediate attention of Assembly members and Senators. “We cannot accept corporate tax breaks at the expense of young children. This is a campaign for California’s future – a future that must address economic equity and close examination of who wins and who loses in this budget scheme” exclaimed Donna Sneeringer, Public Affairs Manger of Child Action, Inc., in Sacramento.

Campaign supporters will be available for comment before and during the hearing. A list of supporters as of 5pm on May 18, 2010 is included below.

1 Estimated by dividing the total number of children in threatened programs served by two. This estimate assumes an average family size of three with one adult and two children being served.