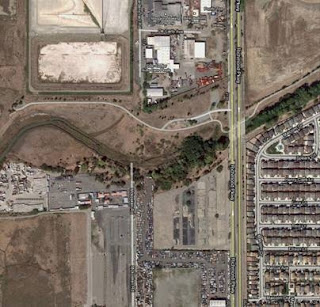 Community and Local Officials join together to send a message to the Feds, Save Our Trees

On Monday, October 11, 2010, at 11:00 a.m. at Wildcat Creek, Bay Area community leaders and elected officials including Congressman George Miller and Congressman John Garamendi will join together at a press conference to protest the largest federally mandated clear cutting of trees and vegetation in the Bay Area and California’s history. Recently released Army Corps of Engineer guidelines require that federally constructed levees along streams and rivers be free of all trees and shrubs based on a new National Levee Safety Program. Of the 3,000 miles of streams and rivers affected in California, more than 100 miles are pegged to be clear cut in the Bay Area. Local officials will refute the new policy and echo the community’s request to save the trees and shrubs, protect recreation and preserve habitat for endangered species.

What: Press conference to speak out against federal clear cutting policy to remove more than 100 miles of trees and shrubs along Bay Area streams

From North
-On I-80 Westbound, exit Richmond Parkway
-Travel 4.5 miles on Richmond Parkway (west and south)
-One block past Pittsburg Ave, turn right into the driveway before the bridge