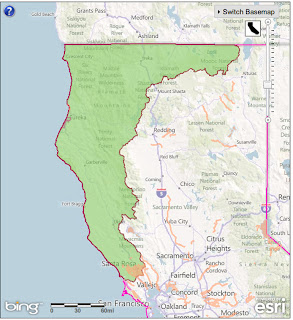 Now that a new year has begun, some of you may be wondering where things stand with new proposed septic regulations that are likely to have a major impact on our Russian River community.

AB 885 was authorized by the State Legislature in 2000 and called for the establishment of more stringent regulations on septics, especially on those located near impaired water bodies (i.e.: containing excessive pathogens and nutrients).


AB885 goes back to the drawing board….
In 2008 the State issued proposed regulations that included a one-size-fits-all list of requirements, including mandatory inspections.  After thousands of people protested vociferously, the State subsequently took their proposal back to the drawing board.  The new version provides septic policy that takes a risk-based approach, allowing many areas “off the hook”, but not properties located in fragile river environments, such as our own.  High water tables, porous soils, steep slopes, and generally small lot sizes, makes conventional septic installation that meets all current requirements virtually impossible for many local parcels.

The revised policy has now entered a new hearing phase.   On November 2, 2011, the State locally unveiled a new version of the proposed septic policy.  The new version has tiered requirements to fit specific high risk circumstances.  (More detailed information can be obtained on their website at:  http.//www.waterboards.ca.gov/water_issues/programs/owts/)

New, identified tiers include…..
Tier 0:  System is in good working order and only needs to be maintained.
Tier 1: New and replaced Onsite Wastewater Treatment Systems (OWTS) must meet siting and design criteria for a standard OWTS.
Tier 2: New and replaced OWTS must meet siting and design criteria of local agency management program that may allow for alternative siting and design and treatment systems.
Tier 3: (MOST LOWER RIVER PROPERTIES WILL COME UNDER THIS TIER)  Demonstrate that the OWTS is not contributing to the pollution of the impaired water body, or provide supplemental treatment to reduce or remove the loading from the OWTS to the affected water body.
Tier 4: requires replacement of failing OWTS.  The means of compliance will depend upon which tier the replacement OWTS will be constructed under.

New policy tied to Regional Board TMDLs……
Total Daily Maximum Loads (TMDLs) will determine which septics are required to meet new regulations and deadlines for compliance. Recently, Catherine Kuhlman stated publicly that it is likely the policy won’t be implemented until the “TMDLs” are complete, at least a few years from now.  What are these and how will they impact the lower river community?

Under the Clean Water Act there is a process (called 303(d)) for listing water bodies for specific impairments.  Currently, the Russian River is listed for sediment and temperature impairments throughout the river, and bacteria/pathogens, nutrients (Laguna de Santa Rosa), mercury, dissolved oxygen, in specific sections.

The area between Guerneville and Monte Rio is listed as impaired for bacteria, (meaning there are too many excessive readings) but the Regional Board is conducting extensive monitoring to see if that designation should be expanded. If the whole lower river were to be so designated, then AB 885 would be in force for all properties along the river and the tributaries.  (You can get an idea if your property would be affected by going to: http://gispublic.waterboards.ca.gov/webmap/owts/owtsmap.html)

Determining where bacterial pollution comes from…..
The TMDLs (total daily maximum loads) are actually studies to determine where the pollutant is coming from (in this case bacteria), when it is occurring, what is causing it, and what impacts it has on beneficial uses. Subsequently, allocations are designated for identified contributors in order to protect all beneficial uses.  (For instance, if Santa Rosa’s wastewater discharges contribute to the problem, discharge permit requirements will force them to to mitigate and/or cease their contribution.)

Last year the Regional Board hired UC Davis scientists to conduct a winter study of pathogens.  They discovered that urban runoff during rainy periods is a huge contributor.  The bacteria running off urban areas during large rain events, can then bind with sediments in the waterway and be reintroduced into the water column far downstream during the summer months. Regional Board is currently implimenting a storm water program to address these issues.

There are many other bacterial contributors such as cattle and dairy cows, horses, wild animals, failing septic systems, recreationists, wastewater discharges from sewer treatment plants, agricultural practices, etc.  The goal of current monitoring is to determine how much of the pollution is from human sources, and when and from where it is originating.  They will not be able to assess individual septic systems, but they can assess general areas.

Apart from tmdls, old septics may still be polluting….
Going on the assumption that old septics installed more than twenty years ago cannot possibly meet current standards, the Agency has developed maps of the Monte Rio and Summerhome Park areas that indicate all properties that have not been permitted during that time period.  Approximately 75% or more have not been officially upgraded.  It is assumed that remedies for these old systems will need to be addressed in the coming years.

During 2009, which was a very low flow year, we saw some of the worst bacteriological pollution.  There is special concern for the impact of “low flow” on exacerbated pollutant counts.  When there is less water in the river, the sun heats it up more, algae grows, and bacteria proliferate.  Many beaches were posted with warnings in 2009, whereas in 2010 and 2011, which were much cooler and flows were higher, there was very little problem.  It will critical to incorporate these factors into the analysis and it is why we believe that the State’s promise to reduce minimum flows permanently is of such great concern.

Regional Board is just beginning their process.   It may be years before new regulations get enforced, but it’s important to stay informed.  Monte Rio and Summerhome Park areas will receive the greatest scrutiny in the short term.  We recommend your attendance at Monte Rio Wastewater Task Force meetings, usually held at the Monte Rio Community Building on the third Monday of the month at 6:30 pm.

For more information, you can also contact the Regional Board at 576-2220.  Request to talk to a staff person about AB 885 and the pathogen/bacteria tmdl process.

Brenda Adelman is Chair of Russian River Watershed Protection Committee, a nonprofit corporation.  She can be reached at rrwpc@comcast.net    You can visit their website at www.rrwpc.org