Hands Across the Sand
Saturday, June 26th - link hands with people around the world to send the message "NO to offshore oil drilling, and YES to Clean Energy".

11:30 AM: Special speakers including Assemblywoman Noreen Evans, and Richard Charter, Senior Policy Advisor for Marine Programs for Defenders of Wildlife plus other surprise guests!

Noon: Join hands and form a line along the beach in solidarity with people around the world opposed to offshore oil drilling 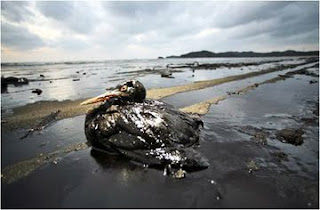 On Saturday, June 26, Americans and the people of the world will join hands in solidarity on beaches and in parks and cities. We are united against the dangers offshore oil drilling present to our oceans and marine wildlife, fishing industries and coastal economies.

Hands Across The Sand’s mission is to change our energy policy away from its dependence on fossil fuels and into the light of clean energy. The aim is to convince our leaders to abandon expanded offshore oil drilling and adopt policies that encourage clean and renewable energy sources.

“The image is powerful, the message simple,” said event founder Dave Rauschkolb. “No to offshore oil drilling, yes to clean energy. We are drawing a line in the sand against offshore oil drilling along America’s beaches and in solidarity events across America and around the world. No one industry should be able to place entire coastal economies and marine environments at risk with dangerous, dirty mistakes.”

Hands Across The Sand was founded by Dave Rauschkolb in October of 2009. He organized a statewide gathering on February 13, 2010, to send a message to Florida’s legislators and Governor Crist that Floridians did not want them to lift the bans on near and offshore oil drilling in Florida’s waters. Thousands of Floridians representing 60 towns and cities and over 90 beaches joined hands to protest the efforts by the Florida Legislature and the US Congress to lift the ban on oil drilling in the near and off shores of Florida. Thousands joined hands from Jacksonville to Miami Beach and Key West to Pensacola Beach. The lifting of the near shore ban would have brought oil rigs as close as 3 miles from Florida‘s shores. Shortly after the event the Florida Legislature tabled the effort.

This is a peaceful gathering of the people of America and the world. We have done so much for so long to protect our fragile coast. It is time to stand together again.