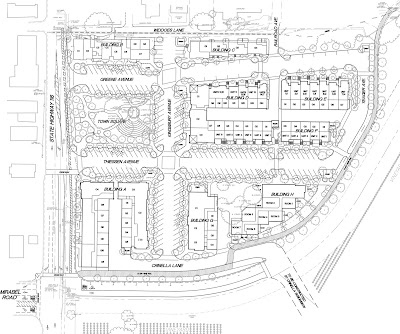 DEFENDING HOME
By Vesta Copestakes
I’ve used that headline a few times over the last decade. Some times we’re referring to Water Wars and sometimes it’s developers. Things got quiet for a while with the downturn in the economy, but in the mean time, individuals with plans for our future are back. Some have been literally stockpiling money, while others have become desperate for action with investors and banks at their back.

Windsor and Healdsburg have been fighting a school and fire house. The eastern valley is fighting a winery. At the south end of Sonoma County, Petaluma fought - and lost -- to Target and is battling to keep a new quarry from going in next to the landfill (see Roblar Road Quarry article). And in Forestville the fight continues over the Forestville Town Square Project which got put on hold and is back on the books again.

These battles divide our communities...the Pros vs. Cons. While some people see growth as healthy for the economy, others see it as devastating their vision of home.

One of the most difficult experiences is sitting in a Planning Review hearing with people on the panel who are making what we consider life and death decisions about our lives. Some of these people have never stood in our town, haven’t a clue what it’s like to live here, and yet they have the power to influence our lives forever. They’ll tell you if a community cares enough they will show up at the Planning meetings, but in reality, it takes much more than that to stay on top of these subjects.

The following article was submitted by the Forestville Planning Association, created to keep citizens informed enough to make good decisions. Forestville is facing their development challenge while the folks near Roblar Road are facing theirs.

My paper doesn’t have room for all I have received, including my own opinions on this subject, so I encourage you to visit my web site - go to GazEXTRA! and the Category COMMUNITIES. You are welcome to submit your thoughts and opinions to vesta@sonic.net. Read on...


STAND UP AND BE COUNTED!
By Max Broome, Forestville Planning Association (“FPA”) President

Below is a report and analysis on updated details obtained by the FPA at the April 15 Sonoma County Planning Commission hearing regarding the Thiessen Downtown Development Project (the “Thiessen Project” or “Project”). It has been over two years since the last Town Hall meetings on the Project in Forestville. So, no matter what your opinion on the development, it’s a good idea to get updated on where the project currently stands. The FPA would also like to remind everyone that the FPA’s function is primarily educational. Therefore, the FPA does not have a position (“for” or “against”) on the Thiessen Project. However, this is the time for you to become informed and to make your own opinions known to the County Board of Supervisors! For more detailed information and analysis of the April 15th Planning Commission Hearing, go to the FPA website - forestvillefpa.org.

On April 15, 2010 the Sonoma County Panning Commission voted unanimously to adopt the County Planning Department’s environmental review/findings and recommended the Board of Supervisors approve the Project. The Board of Supervisors will hold a public hearing for a final vote on the fate of the Project on a date yet-to-be determined (possibly as soon as June 1, 2010).

The FPA encourages people who live in Forestville to contact the County Planning Department (565-1900) and/or Supervisor Carrillo’s office (565-2241), ecarrillo@sonoma-county.org for any Project-related questions and to find out when the Board of Supervisor’s hearing is going to be held. If you wish to be alerted by email with updates, please send your email address to Max Broome at maxbroome@hotmail.com.

Updates from the April 15 Hearing: Project/Land Use Issues Worth Pointing Out

The Rural Character of Forestville. Despite recommending approval, the County Planning Department staff noted several concerns with the current Project. For example, the staff found that the Project does not comply with County planning policy to maintain “the ‘rural village’ character of Forestville because it is not a small-scale development, and although it creates a town square, the square is too small (only 10% of the development); cannot be considered ‘substantial’ open space; and does not provide adequate native plants.”

Design Review provided another conflict between the Project and County planning policy for Forestville. In short, the Planning Department found the Project design does not give priority to natural landscape over development, and does not preserve and enhance significant natural features. Nor does it appear to retain open space amenities associated with rural lifestyle.

Boutique Hotel & Open Space. The County previously established a land use policy or at least the intent that any mixed-use portions of any development on the Crinella property include common open space and an open plaza with direct pedestrian connection to main street sidewalks, opening out directly onto the open space area “with a view to the hillside beyond.” This policy was reinforced in 2007 when the Board of Supervisors approved the development of the back 62 acres of the Crinella property, which shifted the higher density development to the front 8 acres for the (planned mixed-use) Thiessen Project.

However, the open space is quite minimal (the town square is only ½ an acre) and the very limited view of the hillside in the current Project plans (from one or two streets within the Project) is now blocked even further by a proposed 18-room boutique hotel, which adds another 15,000 square feet to the Project. The FPA is concerned the town of Forestville has not had a chance to sufficiently evaluate and comment on the hotel and its impacts, including the fact that it blocks out any meaningful remaining views of the hillside beyond (i.e., Green Valley.) County planning policy for Forestville states that, “design review approval shall assure that” projects, “to the extent allowed by law, require a long term scenic easement for the undeveloped portion of the property.”

Traffic Issues. According to the County, the Project is going to make traffic in Forestville worse, especially during the morning rush hour. The proposed HWY 116/Mirabel Rd. roundabout needs to be completed to mitigate the traffic problems, in addition to a signal or roundabout at the northbound approach to the intersection of River Rd/Mirabel Rd. As for the bypass, the County does not own all the property required for its construction. Time of completion estimates for the bypass are from five to ten years, or maybe never, and about three years for the roundabout at Highway 116/Mirabel Rd.

Feasibility. Questions about the feasibility of and possible legal impediments to the Project ever being built can be found on the FPA website - forestvillefpa.org.

Low Turnout. At the April 15 hearing, only about 5-6 people addressed the commissioners about the Thiessen Project, which seemed surprising considering the Projects magnitude and controversy. The FPA would like to note its frustration with the lack of adequate notification about the hearing and about the new aspects of the Thiessen Project, particularly the hotel. We received notification of the hearing less than 48 hours in advance, and no updates were provided to the FPA either by Orin Thiessen or by the presenters at the recent Forestville Town Hall Meeting. We encourage residents of Forestville to get their voices heard, and we will do our best to keep you apprised as we obtain more information.

The Future of Forestville?
By Vesta Copestakes

Anyone who knows me well also knows that I am a small town girl and love my three-blocks-long downtown Forestville. We know our neighbors, volunteer to keep our community maintained, and have a common bond that feels like family. At the recent Forestville Chamber Annual Dinner, every recipient of an award for volunteering on behalf of our community spoke at length about our Family of Forestville. This community is our home.

Planning Review hearing on the Forestville Town Square Project, I got up to speak on behalf of Forestville. I feel like a broken record in my opposition to the Town Square project, and have angered some and been patted on the back by others.

If there is any fact that is 100% true and known to all who care about our home town, this project has divided us in Pro vs. Con for the last six years. The previous projects introduced to the town from the Crinella family carry that tradition back decades and generations. We do not succumb to development easily!

At each hearing before Planning Review we hear the tale that the Crinellas were treated rudely by either Planning or the Board of Supervisors at some point in this history. This is given as a reason why we need to be kind now and give this family what it has strived to achieve for so long.

This is America and we have rights to do with our land what we choose.

This is where I draw the line in the sand…only if what you do impacts no one but your own family. 72 acres of land in downtown Forestville is a good chunk of our downtown. When I moved here 20 years ago we fought off 300 homes, a shopping center and school. Then the plan became a golf course. Then the Forestville Town Square Project on 8 acres with 60 plus acres in vineyards, luxury homes and a winery on top of the hill. At this point the only change is the vineyard. It’s “Fish Friendly” so we’re OK with it. Those vines don’t drive cars or trucks and they don’t pollute. They even use wastewater from our treatment plant when they need irrigation. This is a win/win for us.

BUT – the Town Square Project looks like a win/lose and that’s where the debate gets hot. It looks like we’re not going to get our Bypass any time soon so our cars and trucks will still be rolling through downtown and along Mirabel Road whether they stop in town to do business or not. Add nearly 70 homes and businesses – plus a hotel in downtown Forestville and we’ll have more traffic morning and evenings for residents and even more traffic for commercial businesses. It’s also a lot of increased traffic for every road that travels to and from Forestville.

I also see it as NOT Smart Growth. The concept of Smart Growth is developing along major highways to keep commutes short, therefore saving energy and reducing emissions, and concentrating living units to maintain open space. It keeps people living, shopping and working close by. To place a city-like development 12 to 15 minutes from a major highway is the opposite of smart.

I’ll stop here in the interest of space, but I also have concerns about architectural elements of this project from aesthetics to green technology design and materials. I’ll get into them on my web site (www.sonomacountygazette.com) where I also have plan drawings of the Forestville Town Square Project.


It’s time for Forestville and our surrounding communities to pay attention to how this one town project not only impacts Forestville, but also impacts every town, and its economy, within the commute path to and from Forestville.

We ALL need to be looking at what kind of future we want for our home towns.