Homeless in Guerneville get a Home 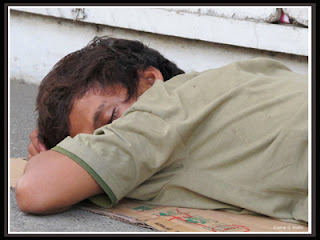 The meeting room was packed and it would be easy to say that 50% were FOR the Mill Street Supportive Housing project, and 50% were AGAINST it. The proposed housing project has divided community members on how to best serve homeless people while still serving their community. Each side expressed both their compassion for homeless people, as well as concern for the community of Guerneville.

The most challenging aspect of the Mill Street Housing is that it is located in downtown Guerneville and close to bars, restaurants and stores. Some people feel this is an advantage because the home is close to services and opportunities to work. Others see it as a knife in the heart of a business and tourist community that is struggling to survive.

Perhaps the biggest difference of opinion is around what this Supportive Housing is supposed to accomplish. Designed to house eight people who are in recovery, or in some way on the path to being productive members of society, the house offers a stable home to help build resident's confidence while they get their lives in order. Support Services are both on-premises as well as nearby. There are rules to follow and everyone is expected to use this opportunity to better themselves - it's not a flop house. There are responsibilities that must be met in order to live there.

Right now Guerneville has an enormous homeless population for such a small community - last count (2009) around 600 people in West County alone. For a town of just under 5,000, that's a large percentage of the local population. The climate is mild, there are plenty of areas to set up a tent, and there is a high level of tolerance in the community. Add to that, the compassion of so many people who have walked in others shoes in their past, and you have an unusually tolerant community where homeless people feel - well - at home!

Is this good for business? No. People hanging out downtown looking scruffy, and in many cases inebriated on some substance, is a deterrent for visitors.  There is fear that the more Guerneville gets a reputation for being tolerant of this behavior, the more people will come from other towns to stay here. Not tourists - more homeless people.

People who own homes in the neighborhood of this project are concerned about property values as well as the quality of their neighborhood. Arguments on the success of other projects of this nature are not convincing to people facing what looks like an bad situation getting worse. But as one neighbor to the project said - right now she has to walk past people passed out on the steps to the house that will become this support service, so at this point, the project looks like an improvement on what is going on today.

What is certain is that there are many people in Guerneville who love their home town and want what is best for everyone. With the yes vote supporting this project, those who oppose it will have to find a way to make this work for everyone.